Plant The Seeds In Rural Areas 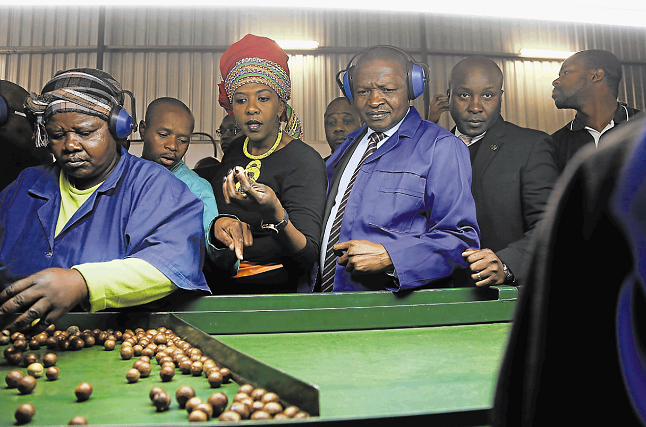 Posted at 18:55h in News Articles by ecmacadamia
0 Likes
Share

“The revitalisation of township and rural economies is no longer about convenience but rather a significant developmental imperative,” Mabuza said.

He was addressing a summit hosted by the department of trade and industry (dti) which focused on broad-based black economic empowerment of the rural and township economy.

About 1000 delegates from across the country came to the summit to exchange ideas, knowledge and expertise on the mechanisms, interventions, models and best practices that will take entrepreneurial activities in the townships and rural areas to a higher level.

Among the papers presented was one from Eastern Cape-born town planner and property developer Clarence Kwinana that highlighted a “glaring neglect of the village, township, and inner city economies”.

He said this was coupled with the absence of strong regulations to monitor foreign nationals who are trading in SA.

“You have a situation where economic migrants thrive better in SA than local communities,” said Kwinana.

He cited the case of business permits, saying it was easier for foreigners to source the permits than it was for South Africans. He said it was high time the business permits were reviewed and reissued with expiry dates.

“There is no better intervention in the current poverty crisis than that South Africans should run their own businesses in their own localities, towns and cities. Those who run the businesses will then employ other local people.

“The main thrust of this document is to get the people of South Africa, who have emerged from centuries of oppression and economic deprivation, to participate in, and take charge of, the mass merchant economy of the villages, townships, towns and cities in which they live. They should actually be the primary anchors and roleplayers in the mass economy, coterminous with international best practice, particularly in the developing world,” Kwinana added.

According to the latest numbers published by Statistics South Africa there are 16.4 million people employed in the country, while there are six million job-seekers who are unemployed.

The report also revealed that an extra 15.3 million people in the country are not economically active, even though they are of legal working age. Of this number, 2.8 million people are discouraged work seekers.

Kwinana said had the programme of mass economic participation started 20 years ago, the government would by now have dealt significantly with problems of unemployment, poverty, crime and illegal immigration.

“Economic migrants would have realised that the economic spaces of South Africa were occupied by local people, and they would never have found it attractive to flood this country in endless numbers,” added Kwinana.