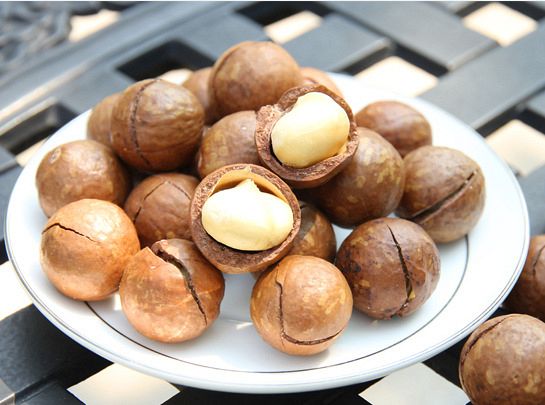 Posted at 15:06h in News Articles by ecmacadamia
0 Likes
Share

You have to be a really hard nut to crack yourself, if you want to make it as a macadamia nut farmer, says Cowan Skelem, one of the leading people behind Ncera Macadamia Farming (NMF), near East London. For, the strongest determination, is what it takes to make it in this industry.

Although macadamia nuts are said to be hard to beat when it comes to the most lucrative crop per land area used in South Africa, it takes several years for farmers of this crop to finally see a return on their investment.

“It takes perseverance and determination because one waits more than seven years before a tree can even produce nuts,” says Skelem.

He began his role at the farm as a general worker pushing a wheelbarrow. But today, Skelem is a skilled worker who is exposed to the overall running of the business, from administration to logistics and overall supervision of the business.

Before working at the farm, he was unemployed after he lost his job in the local town and was battling to provide for his four-member family but working at the farm has allowed Skelem to buy food and school uniforms for his children and send them to proper schools.

“I am happy and blessed to be working here at the farm. I am enjoying my work and it helps me to put food on the table and provide for my kids,” he says.

The Ncera Macadamia Farming, which is 51% community-owned, is one of many success stories that show land reform can result in greater inclusion, economic growth and job creation.

Government has identified access to land, through land restitution and other schemes, as one of the ways to grow the economy, ensure food security and increase agricultural production. To date, over 4 850 100 hectares have been acquired through the land redistribution programme.

Since 2009, over 1 743 farms have benefited from the Recapitalisation and Development Programme.

However, land reform has not been without challenges, as some communities still lack the necessary and appropriate support, as well as access to finance that can help them grow to commercial farming status.

The Eastern Cape is one of the provinces with very large under-utilised tracts of land still under communal tenure that rests unused. But the community of Ncera is determined to change this, and through partnerships and support from the government, the 40 000-strong community is on its way to become top producers of Macadamia nuts in the country.

The R100 million project thrives on partnerships between the East Cape Macadamia (Pty) Ltd (ECM), the community under the Vulindlela Investment Trust as well as government.

The model is based on an 80 year-term land lease agreement, which was signed between the community and the ECM. The latter would oversee production, marketing, processing and management and facilitate access to markets while create employment, transferring skills and generating income for the community whose land they use.

The most defining feature of this partnership is that the community has a final say on all procurement opportunities, skills transfer and jobs created. This guarantees the community the bulk of all opportunities brought about by the project.

According to the Southern African Macadamia Growers’ Association, new macadamia tree plantings have increased the number of trees in South Africa from about one million in 1996 to more than eight million in 2016, covering a total area of approximately 28 000 hectares.

It is estimated that at least 7 150 permanent job opportunities have been created on macadamia farms and another 600 permanent jobs in cracking facilities. In peak season, the industry presently provides employment for an additional 8 150 workers. A total of 12 500 full-time equivalent workers are estimated to be employed by the macadamia industry in South Africa.

Community members in Ncera have not only found jobs through the macadamia nuts they are farming, but are also beneficiaries of the economic spinoffs produced by this lucrative plant.

Their story is a further indication of the impact that access to land can have on economic growth and job creation. The farm currently employs 157 permanent community members as well as seasonal workers during the harvesting period.

“Our story is very important to the community especially when it comes to the skills that this project has exposed us to. I started off as a general worker pushing a wheelbarrow but now I am a skilled worker who is exposed in the overall running of the business from the administration, logistics and now I’m the supervisor.”

He explains that 90% of the nuts produced in the Eastern Cape farm are exported to big markets such as the United States, Russia and China.

“I am very proud because it means generations to come, even my own grand-children will benefit from the life-long dollar-based income-generated by the trusts with the sale of the nuts.”

Founding chairman of the NMF board Joe Njongolo says that the project’s business strategy is prolonged and focuses on education and skills development which are aimed at turning Ncera into a self-reliant and sustainable rural community.

“For the first time, macadamia nuts are being grown by rural communities who own the full value chain, including the nursery and factories.

“This sends a statement to the whole industry that rural communities are capable, and with land they are not just coming in to own one component of the industry as labours – but they are able to thrive in the industry as a whole.”

Njogolo sees the farm as an alternative to the mining sector as the Eastern Cape has been known to be the biggest supplier of labour to the mines.

The project has also boosted local contractors in the areas of transport and logistics, among others as most of the work in these areas is given to local companies.

Consequently, about R200 000 per annum is set aside for services provided by contractors operating within the Ncera community.

The project has made more than R11, 6 million since its launch in 2006 and has grown to also include a top-class nursery.

Launched in 2015, the project has already seen the production of 200 hectares of trees and plans to expand.

Njogolo says the long-term intention of the community is to branch out of the Eastern Cape and develop the whole macadamia value chain and create more sustainable economic opportunities in provinces such as Limpopo, Mpumalanga and KwaZulu-Natal.

“We see NMF as a template for empowerment and economic development for rural communities which can be duplicated across the country and to other farming sectors. We challenge the government to seriously look unto ventures of this nature,” he says.

While the pace of land reform and restitution has been the subject of criticism, government is adamant that it is addressing the challenges emerging farmers experience as a matter of urgency.

Government support is also provided through various state programmes such as Letsema, the Recapitalisation and Development Programme, and through funding agency Mafisa.

Support involves training, access to credit, on and off farm infrastructure, access to markets, subsidising agricultural insurance and the transfer of scientific research and knowledge. –SAnews.gov.za