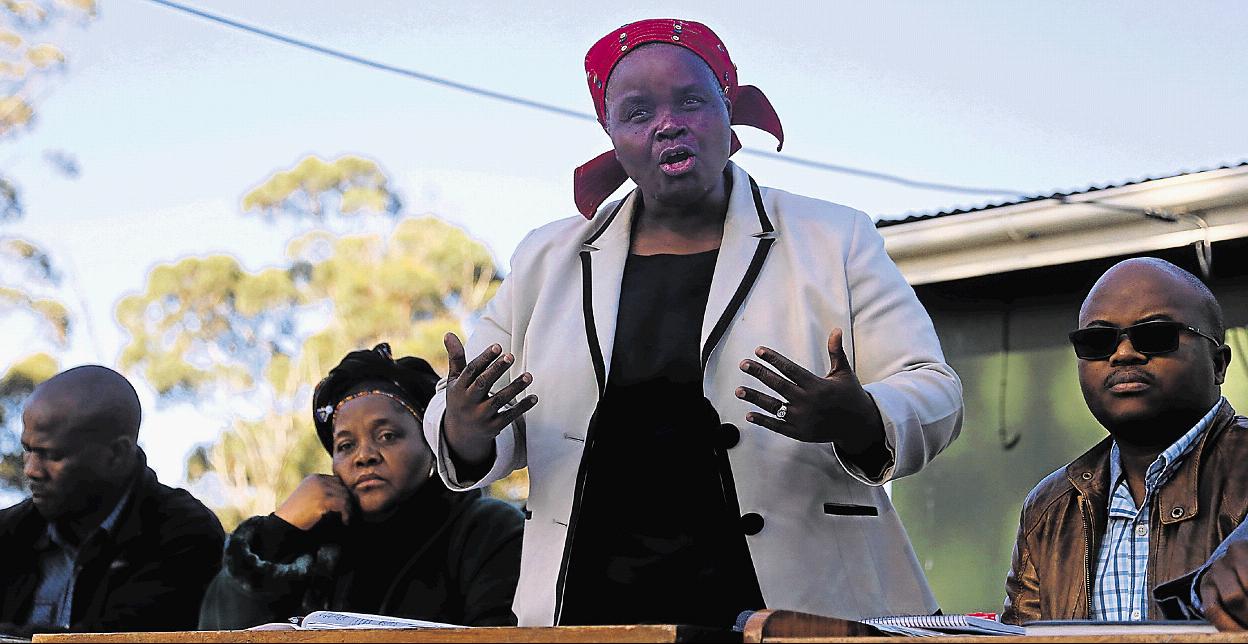 Posted at 07:21h in News Articles by ecmacadamia
0 Likes
Share

The rampage, which was stopped by Kidd’s Beach police, was sparked as a result of a failure by government officials to visit the area on Tuesday.

By yesterday, the value of damage caused was still being assessed.

Representing the legislature, Nomawethu Gqiba of the Agriculture portfolio apologised to the community for the delay in visiting them.

“The legislature is closed as we are preparing for the local government elections. But through this we made plans to make sure that we attend to your problems, so that we find solutions,” said Gqiba.

Before giving the platform to the community to talk about their problems, she told them that unity was important.

“This is your land, your project, people of this community. We are here because we respect the Freedom Charter and without unity in our communities, projects like these won’t prosper.”

The meeting was well attended with more than 500 people present, including those working on the NMF farms.

The villagers are represented by Vulindlela Investment Trust (VIT) in the project, which is chaired by Thobile Vika.

They complained that VIT was being weakened by project facilitators.

The VIT holds a 51% share in the project while the remaining 49% is shared between Kula Development, Amadlelo Agri and TGK farming.

Kula Development entered the project as facilitators and later became shareholders. Kula is headed by Mkhululi Pakade and Joe Jongolo.

Maxhentsa village resident, Melikaya Dyanopu, who attended the meeting yesterday, said they needed to know more about the roles played by these three shareholders, yet their financial contribution was not known.

“How did they get the shares in the project? Their role here has also weakened VIT. Where are the funds to run VIT?” asked Dyanopu.

But Jongolo said no one had ever told them they were weakening VIT. He said they could not just “release” money as they were audited.

Jongolo said without Kula the project wouldn’t be where it was. “This project is here because of Kula,” he said.

The meeting continued late yesterday and a resolution had not been achieved at the time of writing. — bonganif@dispatch.co.za